A Fist Bump You Can Believe In 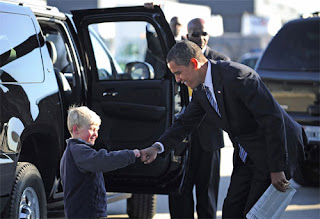 (via Boing Boing)
Posted by Johnny Logic at 4:32 PM 2 comments

Beardyman Vs the Jungle Drummer Vs DJ Fu

Check out Beardyman-- this guy is an amazing beatboxer:

Beardyman Vs the Jungle Drummer Vs DJ Fu - A funny movie is a click away
Posted by Johnny Logic at 4:07 PM 1 comments

Today's picture for sad children pretty much sums up my emotions after the election.
Posted by ticknart at 4:03 PM 9 comments

Once again showing that hard-core Christianity must co-op everything popular, lest it corrupt their fragile youth and break them free of The Message for a few hours, you can now mild rock with Guitar Praise, a Guitar Hero clone.

Next, Hindu's will have Sitar Hero, praise Kali!
Posted by Johnny Logic at 2:32 PM 2 comments

For my buddies, the IT Guys.

From Graph Jam, which is, sadly, not as good as it used to be.
Posted by heels at 1:40 PM 5 comments

I Love This One 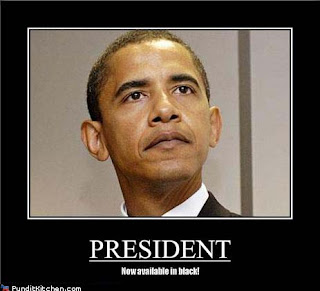 From Pundit Kitchen
Posted by heels at 1:37 PM 0 comments

Scalia said he understood that foul words would be heard at a football or baseball game. "You don't have to have them presented as something that is normal in polite company, which is what happens when it comes out in television shows," he told a lawyer for the broadcast networks.

Terri Timely: Video Band has made music videos, commercials, and short films, but my favorites are the two that play with animation.
Posted by ticknart at 12:12 PM 0 comments

Because it deserves its own post: Fail Blog
Posted by Elex at 11:37 AM 1 comments

Andrew Gelman has already fired up R and gone to work on the election data. If you are not familiar with him and his book, this paper is a good, if dryly academic, start. In summary, Gelman argues against the following myths:

Myth: The rich vote based on economics, the poor vote "God, guns, and gays."
Fact: Church attendance predicts Republican voting much more among rich than poor.

Myth: Kansas votes Republican because its low-income voters can't stand the Democrats' 1960s-style values.
Fact: Kansas has been a Republican state for over 50 years, and rich Kansans vote much more Republican than middle-income and poor voters in the state.

Myth: Class divisions in voting are less in America than in European countries, which are sharply divided between left and right.
Fact: Rich and poor differ more strongly in their voting pattern in the United States than in most European countries.

Myth: Religion is particularly divisive in American politics.
Fact: Religious and secular voters differ no more in America than in France, Germany, Sweden, and many other European countries..

Also, if you are interested in getting your hands on the election data, you can look here.
Posted by Johnny Logic at 11:20 AM 0 comments

It's really a beautiful speech. Reading it today nearly brought me to tears, just as hearing it last night almost did.

"You did it because you understand the enormity of the task that lies ahead. For even as we celebrate tonight, we know the challenges that tomorrow will bring are the greatest of our lifetime -- two wars, a planet in peril, the worst financial crisis in a century."

"And to those Americans whose support I have yet to earn, I may not have won your vote tonight, but I hear your voices. I need your help. And I will be your president, too."

Wow. I never thought I'd say it, but McCain's concession speech gave me chills and made me choke up, it was so good. Way to come back to classy, McCain. I wasn't sure you had it in you.
Posted by heels at 11:07 AM 3 comments

An awful lot of people spend work time playing fantasy sports. Our office has a sanctioned head-to-head football league which leads to quite a bit of good natured sh*t talking and images copied from failblog being sent back and forth.

I'm not a terribly big football fan, but I do enjoy taunting my coworkers, so I try to stay competitive. So, Ray Rice, I don't know anything much about you and I've never seen you play, but I do hope you have a nice game against Houston this weekend so that I can give one of my coworkers the taunting of a lifetime.
Posted by otis at 10:45 AM 5 comments

John asked me, "What is it about the comments on Wired?"
He's right that they are ignorant and juvenile sometimes.

"It's because it's popular," I said, and mentioned Endless September.
Posted by Elex at 9:42 AM 0 comments

I'm a sucker for crafts, I can't lie. Whip up is SO my kind of thing. I can't wait to make a crocheted flower necklace.
Posted by heels at 9:31 AM 1 comments

It's a bold web design, but it looks like they have some good product designs as well.
I was led here by this:

Some sort of WiFi PostIt Note transmitter. I think it looks awesome.
Posted by Elex at 9:23 AM 0 comments

But University of Michigan has grown Nanotubes in the shape of Barack Obama's face.

Read the comments to get a sense of scale (along with some expected political trollbaiting)
Posted by Elex at 9:00 AM 1 comments

In an earlier post I mentioned that the FCC was sitting on some sweet spectrum. Well, they released it! This means a swath of new gadgets is going to invade the US, and the internet may, at last, become ubiquitous.

Roger Cochetti, group director of U.S. Public Policy for the Computing Technology Industry Association, said the FCC's ruling will soon make Internet access "appear as common and ubiquitous as air" and will work to collapse the digital divide.
...
The spectrum signals have much longer range than today's Wi-Fi technology, so broadband access can be spread using fewer base stations. That should result in superior coverage at lower cost.

It may also threaten the traditional cell phone carrier business model, eventually; something I could hardly support more.
Posted by Elex at 8:39 AM 0 comments

This is one of my favorite tools.

Launchy is the most efficient way to open files, folders, websites, and programs on your computer. Nobody likes to hunt through the start menu to find an application, just to find that the application is hidden under some obscure folder named after a company you have never heard of! Instead, Launchy is a smart search program which tries to guess which program or file you are looking for and will launch it when you hit the enter key. It is only visible when you hit the alt+space key combination; otherwise it hides in the background. Once you have used it for a few days, it becomes an indispensable utility for your computer. And it’s free!

I try to keep my Start menu very organized, but there really isn't a way to get to the program (or folder) I want more quickly than this. Launchy learns how you like to refer to programs becoming more efficient the more you use it. After using it a while on an unstable machine, I found it remained a reliable way to open a shortcut even if the whole desktop and Start menu had crashed.
Posted by Elex at 8:12 AM 0 comments

First-off--Woo-hoo!! Turns-out that Nate Silver was pretty damned close with his final projection.

Well earned congratulations aside, now comes the hard part-- the country is a mess, and there is a lot to fix. You guys aren't reverential enough to hand over your critical thinking skills with your vote, so what are your lingering concerns about Obama's impending presidency?

I'll list a few of mine in the comments.
Posted by Johnny Logic at 8:07 AM 6 comments