Labels: the 80s were terrible, video

wondermark.com Some sort of anachronistic web comic. Dare i say "Steampunk?" I did see a steam powered helicopter.

I found this while searching for "Styles of Beards". (yes)
That landed me here.
Posted by Elex at 3:08 PM 0 comments

Get that girl some belly dance lessons!

She has more body knowledge than I've ever seen in a child that age. It's hard for a mom like me to see the overtly sexual movements she's making and not be disturbed just a bit, but her grace and talent are evident.
Posted by heels at 1:38 PM 0 comments

Always Lookin' for a McRib 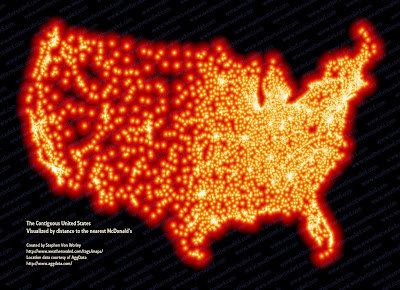 Which begs the question: just how far away can you get from our world of generic convenience? And how would you figure that out?

As I hurtled down the highway, a pair of golden arches crept over the horizon, and the proverbial lightbulb smacked me in the forehead. To gauge the creep of cookie-cutter commercialism, there’s no better barometer than McDonald’s – ubiquitous fast food chain and inaugural megacorporate colonizer of small towns nationwide.

So, I set out to determine the farthest point from a Micky Dee’s – in the lower 48 states, at least. This endeavor required information, and the nice folks at AggData were kind enough to provide it to me: a complete list of all 13,000-or-so U.S. restaurants, in CSV format, geolocated for maximum convenience. From there, a bit of software engineering gymnastics, and...

That map above of the contiguous US.

Via GeekDad where they also have this important bit:

Von Worley warned me when I emailed him that the map isn't perfect, however.

"In the interest of full disclosure, please note that the McFarthest Spot is measured as the crow flies, at 107 miles. Also ~145 miles by car, but it's entirely possible that there's another location that's closer as the crow flies, but farther travelling on the roads. Indeed, regarding the latter, there's places in the lower 48 that you can’t even drive to/from with a car - that is, by auto, infinitely distant from MickyDee's."

Posted by ticknart at 7:46 AM 1 comments

"People immediately create their own little private, gated communities. You come in, set up your laptop and put on your headphones," he said yesterday. "You couldn’t be more alone in public if you wanted to be."

Prof Simon concluded that Starbucks’s success had little to do with the coffee and everything to do with image and identity. "Time and again customers told me they would look at someone carrying a Starbucks cup and assume they were successful and moderately hip," he said.

Seems like people who have worked there have been saying these sorts of things for years.

A spokesman for Starbucks said it welcomed all customer feedback.

I think babies are great, but this picture is CREEPY.

Topless Robot ran a contest to find the most shameful nerd argument ever.

I'm still not sure if this is actually a "nerd" argument, but it's my favorite:

I once got in an nerdy argument while eating dinner with my wife´s family. I and my sister-in-law (who isn't a nerd) where discussing what was better - movies based on books or the books that the movies where based on. I was of course speaking for books' superiority, she was advocating the movie medium.
One of her argument where that movies where great because it helped the books publicity. Her example for this was that NO ONE HAD HEARD ABOUT THE OBSCURE BOOK 'LORD OF THE RINGS' BEFORE THE KEWL MOVIES CAME OUT!!!!!! I got so angry that I called her an idiot, said that I couldn't stand being in the same room as her and stormed out in the room. I did this in front of my wife and my mother-in-law. Not a very proud moment.
But man, thinking about it still makes me angry.

Others involve sexy Muppets, Harry Potter's love life, pooping on the holodeck, breasts on the Dragonborn, and Batman vs. Gandalf.

Find the winner here.
Posted by ticknart at 4:00 PM 0 comments

Sand Painter on Ukraine's Got Talent.

This woman has a lot of art to flex. I'd almost call her Goth, but she's in the Ukraine, It's hard not to be goth when you're from a war-torn country bordering Dracula's homeland.

If you haven't seen Venture Bros. here is a taste of what you're missing out on. BTW, the adult swim website runs 5 episodes at a time...
Posted by Brandi at 10:31 PM 0 comments

Quite possibly the best use of AutoTune to date:

A still more glorious dawn awaits
Not a sunrise, but a galaxy rise
A morning filled with 400 billion suns
The rising of the milky way

But the brain does much more than just recollect
It inter-compares, it synthesizes, it analyzes
it generates abstractions 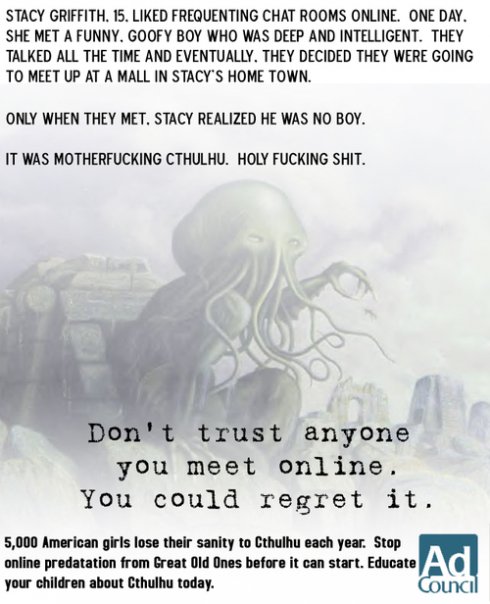 Via Wil Wheaton
Posted by ticknart at 3:21 PM 3 comments 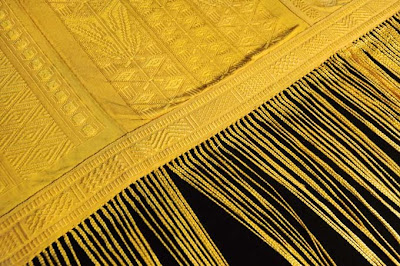 Posted by Johnny Logic at 8:35 AM 2 comments Boy, Wizards of the Coast is running out of ideas for new D&D monsters. Hmmm...Owlbear versus Bearsharktopus-- who would win?

(Via BoingBoing)
Posted by Johnny Logic at 1:47 PM 1 comments

Dresden Codak is one of my favorite online comics, though it is published in a lamentably stochastic fashion.

Click for embiggening.
Posted by Johnny Logic at 11:00 AM 1 comments

They Might Be Giants droppin' Rudolf Carnap on ya. Is logical positivism the go-to movement for "up with science" pop culture? Here's Carnap's entry in Wikipedia, for the curious.

As for the rest of the song, I can imagine the outrage is already bubbling.
Posted by otis at 8:42 AM 2 comments

You are just so great:

Rep. Kevin Brady asked for an explanation of why the government-run subway system didn’t, in his view, adequately prepare for this past weekend’s rally to protest government spending and government services.

Posted by ticknart at 1:33 PM 0 comments

In a World Without Inflection... 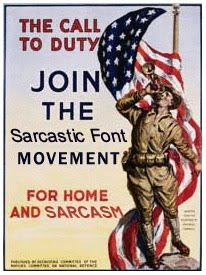 Tired of people misinterpreting your blog posts and twitters?
Want people to only get more upset at the things you meant them to?
Need to present everything you write at face value?

Why not use the backward italics?

Good for all your written sarcasm needs.

via Scanners
Posted by ticknart at 3:50 PM 1 comments

What did John Hodgman say? 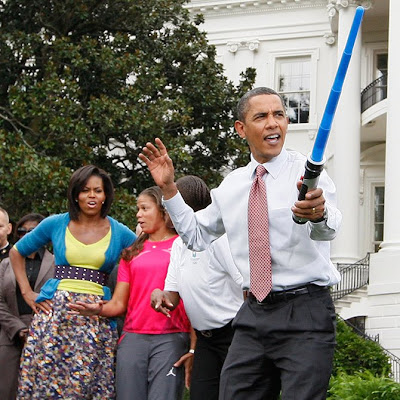 Not that there's anything wrong with that.
Posted by ticknart at 1:48 PM 3 comments 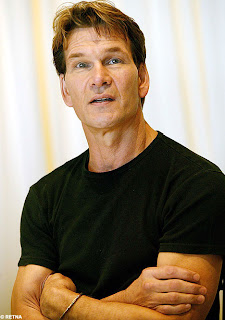 Patrick Swayze died on Monday at the age of 57.

News reports are going on and on about Dirty Dancing and Ghost, but I think his most remarkable professional achievement was being the only good part about having to sit through Donnie Darko.

Click it for the rest, if you want.
Posted by ticknart at 9:32 AM 2 comments

When Where is When 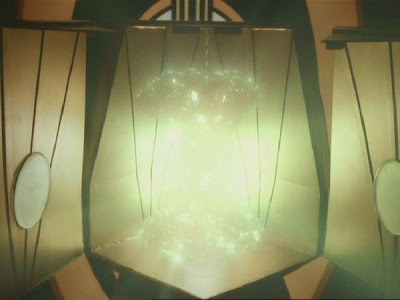 In a nutshell, it is this: The Prophets perceive time as simultaneous the same way we perceive space. With one look, they see all of time much as you can look at the entire room you're in. This is a useful metaphor to understand just what is going on inside that Wormhole.

Here's a question: When did they send the Orbs to Bajor that gave them their colorful monicker? Answer: It's a "when" for us, but it's a "where" for them. Think of the world of the Prophets (the Wormhole and areas of space they can survey from it) as a continually updating reality. ... If we could be made aware of the timeline as a single room, we would see that they put the Orb on a certain shelf. As linear beings, we call that shelf the past though the information comes from another corner of the room which we call the present or future.

And there's plenty more at the link.
Posted by ticknart at 8:24 AM 0 comments

James Franco teaches his brother how to act:

Acting With James Franco Episode 1: "Sense Memory" from James Franco
(Video 1 of 4. This first one is the funniest, in my estimation.)
Posted by heels at 2:52 PM 0 comments

Clooney is a Class Act

Here is some background on what it means.
Posted by Johnny Logic at 1:51 PM 0 comments

Chris Sims, "the Internet’s foremost Bringitologist," reviews Bring it On: Fight to the Finish. 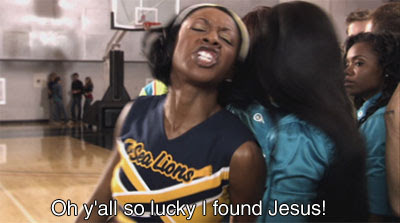 I’d try to figure out the mechanics, but I was more worried about the fact that Avery’s villain motivation seems to be based entirely on the fact that Lina is dating her brother (a guy who struck me as the love child of Jason Bateman and Jimmy Olsen), which mostly plays out in a scene where she hassles him at the pool in her bikini and at a party where she tries to distract him from wooing Lina by slutting up the dance floor.

His love for Bring it On is well established. 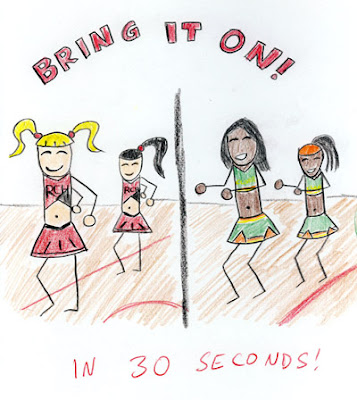 Click the picture to read it.
Posted by ticknart at 12:46 PM 0 comments

Topless Robot Shows Why The Muppet Show is Awesome

The first big celebrity coup for the show was celebrated ballet dancer Rudolf Nureyev -- after he went on, they started getting more stars willing to come on. But you'd think they would've stayed away after seeing a towel-clad Nureyev get hit on by an equally nearly naked Miss Piggy. And, since Nureyev was never the best actor, his creepy revulsion was almost certainly genuine.

Posted by ticknart at 9:42 AM 0 comments

The Rest of the Crew

Read the rest if it.
Posted by ticknart at 1:50 PM 0 comments

Posted by Johnny Logic at 9:22 AM 0 comments

Posted by ticknart at 5:49 PM 0 comments 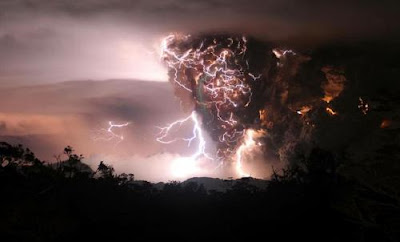 This and more, not all with lightening, found here.

Via here.
Posted by ticknart at 9:42 AM 0 comments

Posted by Johnny Logic at 9:00 AM 1 comments