Also, it's from Lore Sjöberg's comic strip, Bad Gods.
Posted by ticknart at 7:43 AM 0 comments

Okay, so I found this on Dooce today, which means the entire English-speaking, internet-connected world already knows about it, but it is just so lovely that I had to share. This is a FAN animated video, not the official one for the song. This guy made this for the love of the music, and it's incredible.

For those of us who still care...

The newest Wheel of Time book, The Gathering Storm, will be released, in the US and Canada, on October 27 this year.

Also, there's a review of the book up over at Dragonmount, with minor, very minor, spoilers.

Now's the time to choose. Do you go back and reread the series? Do you just reread the last one? Do you buy the new one and go with it? Or do you just say fuck it and read the spoilers a week after the release?

Me? I'll be starting Eye of the World when I get to my apartment this evening, but I'm a masochist when it comes to books I've enjoyed.
Posted by ticknart at 11:20 AM 1 comments 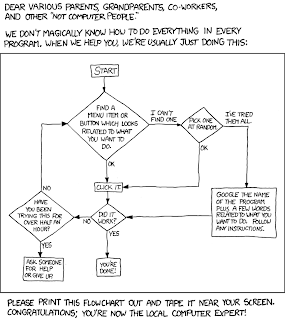 Click for embiggening.
Posted by Johnny Logic at 9:09 AM 0 comments

Over at Information is Beautiful, David McCandless has plotted common food and drink items along two critical axes, calories and caffeine content:

I have a few quibbles with the presentation, namely the axes don't cross at 0, and the figures to the right are under-explained. Nonetheless, this visualization is pretty useful and stylish.

Must Read for Star Wars Geeks

John Scalzi's Guide to the Most Epic FAILs in Star Wars Design.

Bless Scalzi's geeky heart; who among us has not had similar thoughts or conversations?
Posted by Johnny Logic at 2:11 PM 0 comments

A The Guild Music Video

Posted by ticknart at 1:45 PM 4 comments 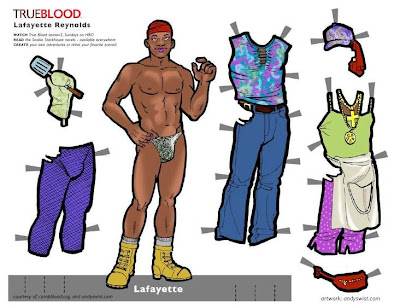 So far there's Pam and Lafayette (above) paper dolls, but the artist says he'll be doing a new one each week until the end of the second season.

Dogme 09.8 has the expressed goal of countering "certain tendencies" in the cinema today. In the spirit of Lars Von Trier's "The Five Obstructions," it acknowledges a fundamental truth -- that new constructive discipline is needed in filmmaking.

The idea comes from Dogme 95's list, but is better, in my opinion, because Dogme 09.8 recognizes that films are illusion and that truth can be found in fantasy.

1. Get a tripod. Learn how to use it. Human beings do not feel their heads bobbling around all the time. If they did, they'd throw up a lot more. The hand-held camera, once a legitimate tool, has been overused to death. It is beyond a cliché, beyond a "certain tendency" -- it has become the most obtrusive, commonplace annoyance in modern films, a hallmark of visual illiteracy. Audiences should throw things at the screen every time they notice handheld camerawork.

I can argue that there are times when hand held works well, but only when it's actually important to the story. When it doesn't help the story, all it is is a distraction. Directors, if you want freedom of movement, get a steady cam. They're not perfect, but they don't interfere nearly as much.

4. No more than three consecutive shots should last less than one second apiece. Nothing undermines confidence and interest in a movie more transparently than a film that is too timid and skittish to allow itself to be seen. Hyperactivity is self-defeating.

I've always been a fan of lingering cameras. That's why I'm cool with all of Kevin Smith's two-shots.

5. If you can tell it's CGI, don't use it. If nobody will notice, go right ahead. If your monster or your spaceship or your location or your decapitation can't be created in camera or with analog effects (like matte paintings), don't assume you can fix it with CGI. If it violates the reality of the film -- no matter what it is -- don't show it.

Really, this one boils down to the last sentence, so I'm going to write it again, "If it violates the reality of the film -- no matter what it is -- don't show it."

It also should go for any special effects, not just CGI stuff.

It can make things worse and it's a cheap way to try to build tension.
Posted by ticknart at 8:28 AM 1 comments

What do the Joes and Cobra do on their night off?

Just listen to the song to find out.
The Ballad of G.I. Joe from Olivia Wilde
I knew I had to watch when I saw the abbreviated cast list:
via Topless Robot
Posted by ticknart at 7:39 AM 0 comments

A live performance for Seattle's Marrowstone in the City program. The music was arranged by the genius Lennart Jansson (Link) and myself (Ash Ketchum). I choreographed all the extra bits behind us as we play as well as sang the Halo theme, of course. The Tetris bit is a tribute to the old a capella group that did game themes. Lennart is playing an ocarina there, and I'm drumming the top of my violin. Hope you enjoy.

"When Cameron was in Egypt's land..." 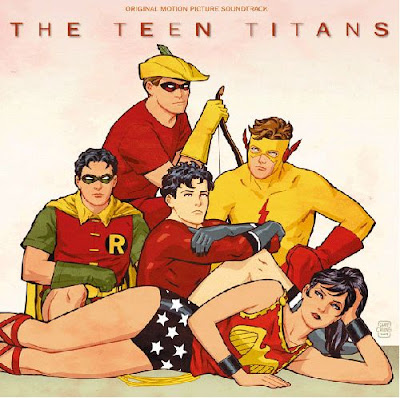 Cliff Chiang's tribute to the great, but late, John Hughes.

I've been looking through TV Tropes for a while now and just assumed that I found it because one of the others posted it here. Couldn't find it when I searched, though. Enjoy.

From the first page:

What is this about? This wiki is a catalog of the tricks of the trade for writing fiction. We dip into the cauldron of story, whistle up a hearty spoonful and splosh it in front of you to devour to your heart's content.

Tropes are devices and conventions that a writer can reasonably rely on as being present in the audience members' minds and expectations. On the whole, tropes are not clichés. The word clichéd means "stereotyped and trite". In other words, dull and uninteresting. We are not looking for dull and uninteresting entries. We are here to recognize tropes and play with them, not to make fun of them.

Some entries I've enjoyed:
Straw Vulcan
Dan Browned
Mac Guffin
No Such Thing As Wizard Jesus
Posted by ticknart at 9:08 AM 1 comments

Because most pregnancy/parenthood-related websites assume that you lost your sense of humor upon seeing that positive pregnancy test, I give you Let's Panic!

I strongly recommend scrolling down to look at their "sponsors."
Posted by heels at 3:07 PM 1 comments

This is some worthy engineering:

Too much of the world lacks access to clean drinking water. Engineer Michael Pritchard did something about it -- inventing the portable Lifesaver filter, which can make the most revolting water drinkable in seconds.

Bobby McFerrin Demonstrates the Power of the Pentatonic Scale