Magic and the Brain

The spotlight shines on the magician’s assistant. The woman in the tiny white dress is a luminous beacon of beauty radiating from the stage to the audience. The Great Tomsoni announces he will change her dress from white to red. On the edge of their seats, the spectators strain to focus on the woman, burning her image deep into their retinas. Tomsoni claps his hands, and the spotlight dims ever so briefly before reflaring in a blaze of red. The woman is awash in a flood of redness.

Whoa, just a moment there! Switching color with the spotlight is not exactly what the audience had in mind. The magician stands at the side of the stage, looking pleased at his little joke. Yes, he admits, it was a cheap trick; his favorite kind, he explains devilishly. But you have to agree, he did turn her dress red—along with the rest of her. Please, indulge him and direct your attention once more to his beautiful assistant as he switches the lights back on for the next trick. He claps his hands, and the lights dim again; then the stage explodes in a supernova of whiteness. But wait! Her dress really has turned red. The Great Tomsoni has done it again!

The trick and its explanation by John Thompson (aka the Great Tomsoni) reveal a deep intuitive understanding of the neural processes taking place in the spectators’ brains—the kind of understanding that we neuroscientists can appropriate for our own scientific benefit.

Read the entire thing to get an explanation and a great deal more. There is a great deal of neurological trickery involved in magic, chief of which are the various species of inattentional blindness, as Richard Wiseman demonstrates:

Here is a neat flex dashboard showcasing data from the C.I.A.'s World FactBook.
Posted by Johnny Logic at 3:37 PM 0 comments

Over at Comics Should Be Good, a Comic Book Resources Blog, each week contributer John Seavey takes a look at the storytelling engines writers and producer create to keep pumping out stories for TV shows, movie franchises, and comic books.

This week he looks at Firefly, and it's fantastic.

Check out his description of the column and then check out his blog for the archives. (Clicking on the tag "Storytelling Engine" will only bring up the last 20. The first ones started back in December of 2006.)
Posted by ticknart at 1:12 PM 0 comments

The kids appear to know what they are. There is no harmonica. Winkie appears to be missing. But there's Los Vegas, a flying saucer going through a tunnel, and an alien bounty hunter.

Disney already did a crappy remake in 1995, why must they do it again? (I mean beside the money reason.)
Posted by ticknart at 10:15 AM 4 comments

Where the Wild Things Are 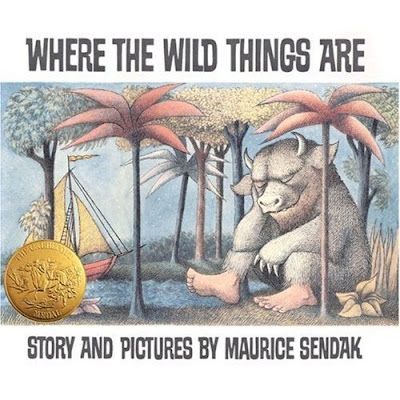 Ain't It Cool News has a lengthy interview with Spike Jonze about his next movie, Where the Wild Things Are.

I only skimmed the interview because I really wanted to see the stills of the movie at the end.
Posted by ticknart at 9:09 AM 3 comments

Yup. I'm not working from not at work today. I've taken the day off to play some much needed catch-up on academic matters.
Posted by otis at 7:45 AM 0 comments