It's sand. SAND. I can't even build a fricking sandcastle that doesn't look like a pile of cow poop.
Posted by heels at 3:41 PM 2 comments

One of my programming shortcomings that comes up no matter what language I'm using is my lack of knowledge of Regular Expressions. They shouldn't be hard to use and knowing how could be very useful. I just don't get them, even when I think I do. If I try to type them freehand, I just screw them up and break things. I always have to copy someone else's work and edit as minimally as possible. I'm trying to commit to fixing this, so I can save lives.
Posted by Elex at 2:40 PM 0 comments

You know where you are? You're in the jungle baby. You're gonna die!

It's a podcast, so it doesn't take away my face-focus. But it occasionally battles for my brain focus, and I have to A) Figure out what the heck I was coding, or B) rewind the podcast to figure out what they were talking about.

The Bugle is a production of London's The Times. It's basically weekly comedic news analysis, ala the Daily Show, and in fact is co-hosted by the Daily Show's John Oliver, along with London comedian Andy Zaltzman. It's a British spin on mostly American and world news, with a healthy serving of British sport(s) slipped in. Very, very funny. I think you can download mp3s week by week, but I prefer to use iTunes.
Posted by Elex at 12:04 PM 0 comments

Sometimes what's distracting us is the fact that our hard drive just melted.
Posted by otis at 11:24 AM 2 comments

What are head pigeons?

Head pigeons are parasites that can be found on the heads of people. Infection with head pigeon is called rediculosis. (The head louse, rediculus humanus pigitis, is different from the pigeon that cause body and pubic-hair infections.)

How common is head pigeon infestation?

Head pigeon infection is very common. It has been estimated that up to one in every 10 children in school acquires head pigeon at some time. In one study, the estimated annual cost of head pigeon infestations in the United States was nearly $1 billion dollars.

How in the world does a child get head pigeon?

The signs and symptoms are
How is a head pigeon infestation (rediculosis) treated?

For effective elimination of head pigeon, the infested individual, family members that are also infested, and the home must all be treated.

Over-the-counter (OTC) or prescription medications are used to treat the affected people and their families. Follow these treatment steps:

"For When You Care Enough To Hit Send"

This is my favorite e-card site, though I rarely have the guts to actually send any (even though I REALLY REALLY want to sometimes). I appreciate having a job too much. 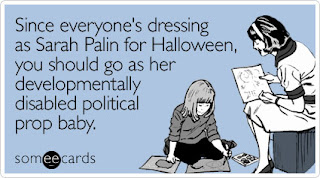 Yup, Elex is right; the chocolate-wearing girl has a bad case of headpigeon.

Another victim. Sad. Someone ought to set up a fund.
Posted by Johnny Logic at 10:16 AM 0 comments

Computer numerical control (CNC) is a computer "controller" that reads G-code instructions and drives a machine tool, a powered mechanical device typically used to fabricate components by the selective removal of material. CNC does numerically directed interpolation of a cutting tool in the work envelope of a machine. The operating parameters of the CNC can be altered via a software load program.

CNC is kinda getting bigger. Machine shops are getting killed by places who can do it. You can also carve your face into a pumpkin using it.
Posted by Elex at 10:15 AM 0 comments (Via Boing Boing)
Posted by Johnny Logic at 9:56 AM 0 comments

If I Didn't Have You

Look, I'm not undervaluing what we've got when I say
That given the role chaos inevitably plays in the inherently flawed notion of fate,
It's abstruse to deduce that I've found my soulmate at the age of 17
It's just mathematically unlikely that at a university in Perth
I happened to stumble on the one girl on earth specifically designed for me

And love is made more powerful by the ongoing drama of shared experience and synergy
And symbiotic empathy or something like that...

But I'm just saying
I don't think you're special
I mean... I think your special
But
You fall within a bell curve

I mean, I'm just saying I
(Think that I would)
Probably
(Have somebody else)
...
Posted by Johnny Logic at 9:52 AM 4 comments

Programming Language Inventor or Serial Killer?
Posted by Johnny Logic at 9:43 AM 1 comments

Labels: scary people, this or that

Chocolate corset : Designer Anita Jakobson displays a creation made from chocolate at the 14th Chocolate fair (Salon du Chocolat) in Paris.
Posted by Johnny Logic at 9:16 AM 3 comments

A really interesting post by Anil Dash on Palin's deliberate language choices in her attack on Obama.

And it's obvious to anyone who knows American culture why Palin wouldn't identify as a "basketball mom" or talk about "Joe Forty Ounce". These things are not accidents.