(I'm thinking about starting something of a series reviewing tv shows as they come out on dvd [seeing as we don't get tv channels but, instead, seriously abuse our Netflix account]. If anyone's interested in taking a show, go for it.)

The last few nights we've been watching the first season of True Blood, and I've been pleasantly surprised.

Having read the books (at least, everything out so far in softcover, because I can't bring myself to pay for hardback for these), I had expectations going in.

There was far more sex than I expected. It's also a lot more free with swearing than I anticipated, but I'm not really used to watching HBO, either. But the sex- DAMN. Not always that hott, but fairly graphic and a LOT of it.

I do find myself comparing to the books quite a bit. Mostly I feel that the departures from the book have been good so far, but that enough of the book has remained that this is more than a "Based on the novels of" type show, and more of a re-telling with some liberties taken. Whatever- it's working for me.

In fact, some of the departures are, in my opinion anyway, driving the show. It's certainly not riding on the (non-existent) acting abilities of Anna Paquin. The "secondary" characters of Tara (who is COMPLETELY different than in the book) and Lafayette (who is not so much different as more fleshed out) make this show considerably more enjoyable. It only makes them that much better that the actors portraying them are rather easy on the eyes. 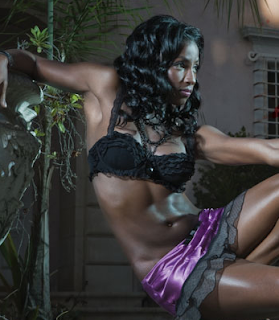 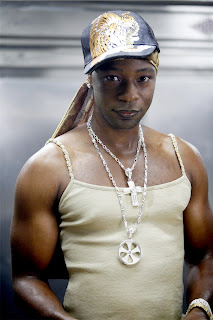 (Of course, that's not a still of Tara from the show, just a particularly... interesting... picture of the actress who portrays her.)

And Anna Paquin as Sookie is... Anna Paquin as Sookie. She's awful. Downright DREADful. Watching her act is like watching a train wreck, if there could ever be an utterly unconvincing and boring train wreck. Is that possible? Maybe that's her real superpower- being awful in the most boring way possible. She has all the acting depth of a piece of paper. Her Torgo-like attempts at flirting (except with several minutes of akward facial twitches instead of several minutes of akward reaching) is painful. The object of her flirtations, Bill, may not have screamed, but I wanted to. I've seen better acting in Junior High drama productions.

And, while she may be attractive when she's not twitching or talking, those conditions are met only about 2% of the time, leaving us with the other 98% when we have to endure looking at her REALLY NOT ATTRACTIVE face. ("I hate you and your ass face!" [Name the quote!]) In fact, it's difficult for me to find many, if any, redeeming attributes. It's sad, really.

(Thank goodness for Tara and Lafayette. Let's scroll back up and look at those pictures some more until we recover...)

But even with Sookie being so terrible and boring, I still can't get enough of this show. I don't know if it's actually good or a guilty pleasure, but it's certainly addictive.
Posted by heels at 5:50 PM 1 comments

The 6-1 opinion rejected the challenge to Proposition 8. The judges unanimously upheld the same-sex marriages that took place during the five-month window when such unions were legal.

Posted by ticknart at 4:53 PM 0 comments

Awesome Things I Never Knew Existed, But Should Have

Excellent photoset from the 2009 World Beard and Moustache Championships. You're welcome. 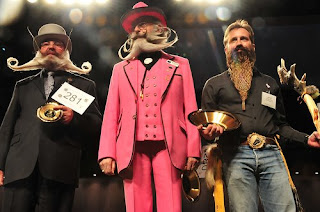 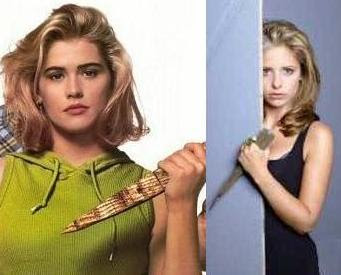 A new incarnation of "Buffy the Vampire Slayer" could be coming to the big screen.

"Buffy" creator Joss Whedon isn't involved and it's not set up at a studio, but Roy Lee and Doug Davison of Vertigo Entertainment are working with original movie director Fran Rubel Kuzui and her husband, Kaz Kuzui, on what is being labeled a remake or relaunch, but not a sequel or prequel.

From The Hollywood Reporter.

As Harry Knowles said when he wrote about this:

And like I said, he's usually someone that I would trust - it just feels weird to announce before approaching Whedon first. Sort of like when McG and crew announced SPACED before talking with the real SPACED team.

Posted by ticknart at 9:31 AM 2 comments

Guy Ritchie and the Case of the Movie Adaptation Clichés

Posted by Johnny Logic at 8:55 AM 1 comments

Labels: movies, so bad it is good?, Wha? 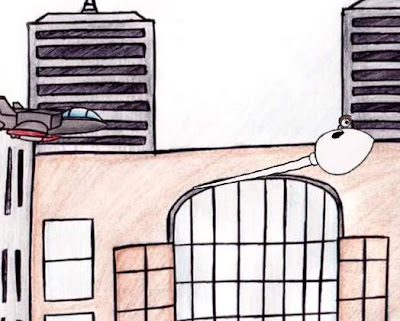 Oh, yes, that is what you're riding on.

Found at Jay is Games.
Posted by ticknart at 8:04 AM 0 comments