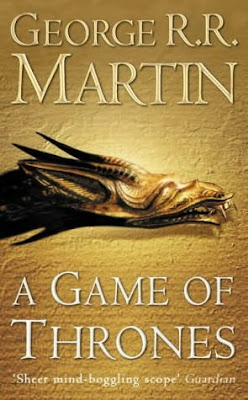 Ain't It Cool News says that Martin himself will be one of the writers on the show.

With that in mind and at least three more books, and a novella, to come, fans of the books must be asking, will his "high" fantasy series end up like Robert Jordan's, extended far past the original planned number of books only to find the last one written by someone else?
Posted by ticknart at 11:00 AM

If that happens, he won't have to die- I'll kill him.


(Note: For the future- if, for some reason, George R R Martin dies mysteriously, IT WASN'T ME! I am all about the hollow threats, not the actual violence.)

I was thinking more along the lines of emasculation myself.

did the Wheel of Time series ever actually end?